Strictly Woman is the first series to emerge from my studio in the warehouse district in north London. The series, which was first conceived 8 years ago, is a progression of my previous work, focussing on the embattled image of women in modern art.

My canvases are intimate pieces, each with their own personality. Some are serene and contemplative. Other are more dynamic, hinting at an undercurrent of violence or ferocity. All are deeply sensual. All portray women with courage. Independence in their own way.

And though these artworks are decorative they are not vapid. For me, they suggest the strength and substance of woman in all her diversity; her particular characteristics and qualities of nature – her steadfastness, her potency, her poise.

The female form has been co-opted and exploited throughout much of art and advertising history. In Strictly Woman this trend is turned on its head; ‘woman’ is reclaimed and imbued with power, given a voice of her own with which to communicate.

The viewer develops their own relationship with the ‘woman’ in the canvas. She, however, remains unequivocal, untouchable, remote; reluctant to divulge anything of her true self/nature to the viewer.

The individual artworks in Strictly Woman have been created through a process of painting over collage. The original images of woman used for the collages are kept anonymous. The idea is to create the character. Personality. The composition has then been transformed into a state of feeling and sensuality through the application of colour.

My nomadic lifestyle over the past decade has meant that previously the project has had to exist in a portable size. Now, with access to a studio in London, I have been enabled to let the vision grow. The big canvases empower the creation. 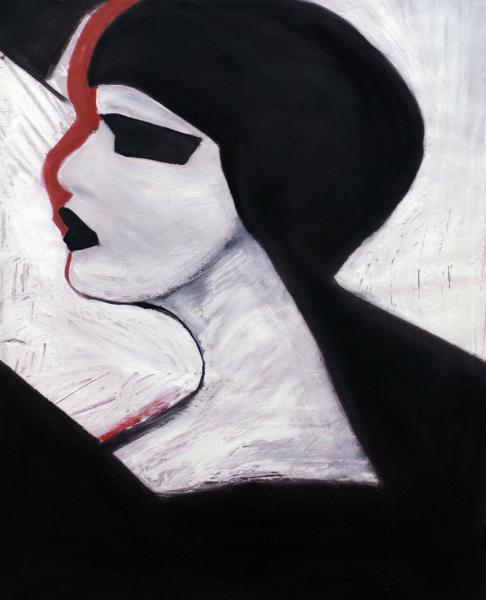 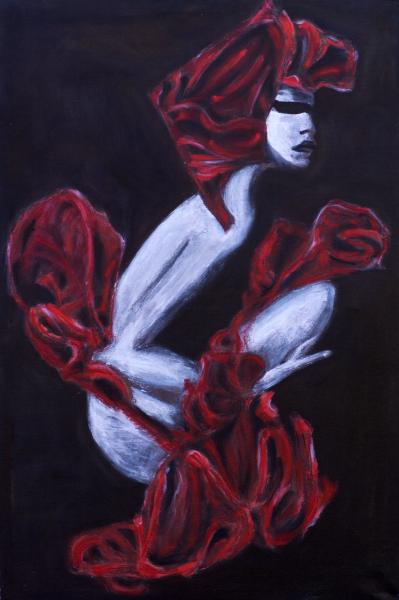 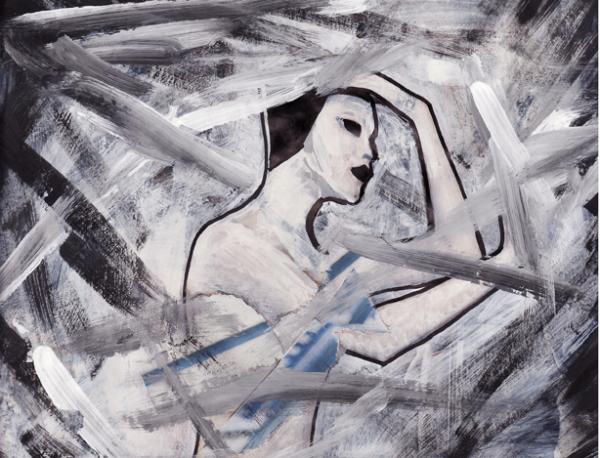 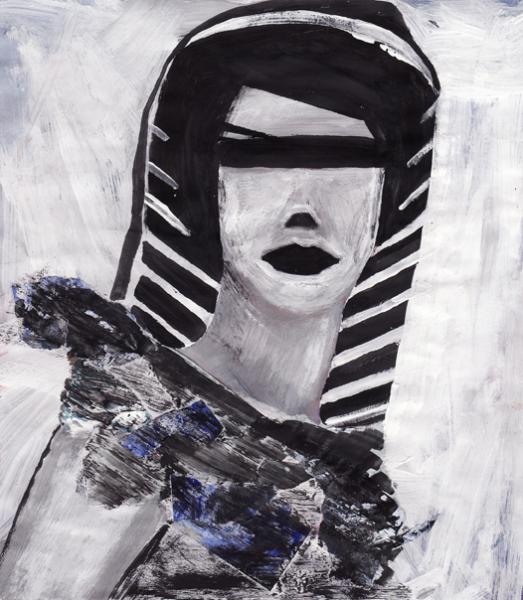 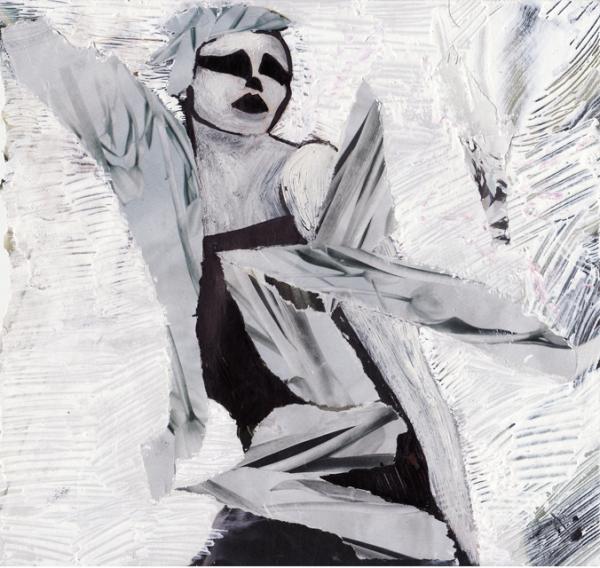 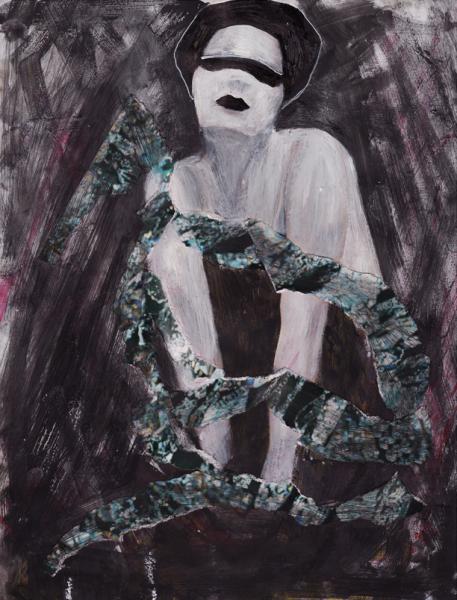 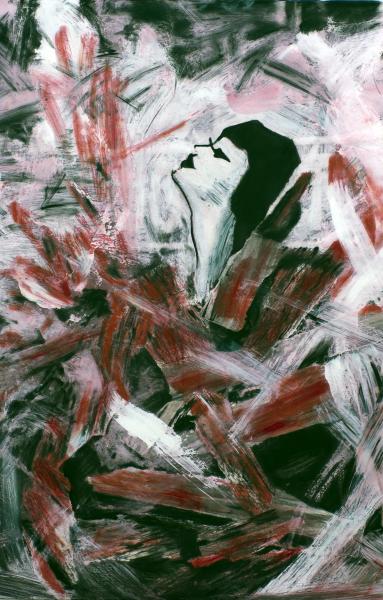 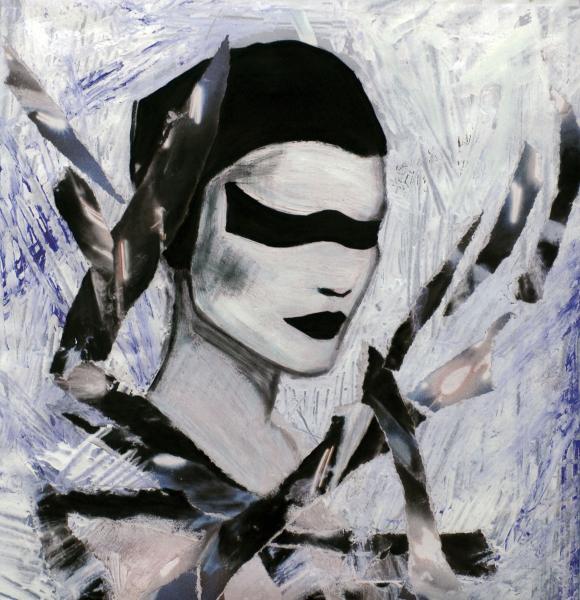 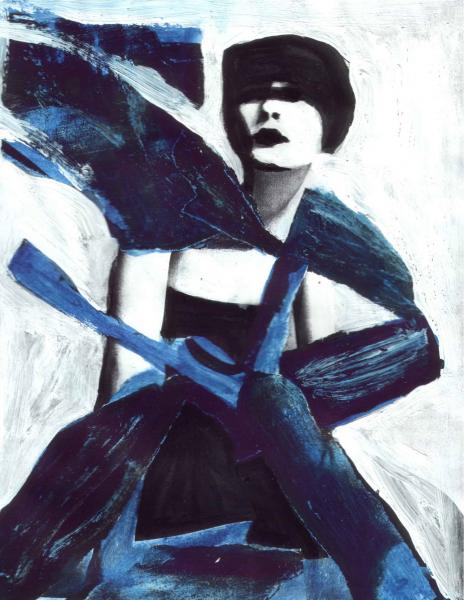 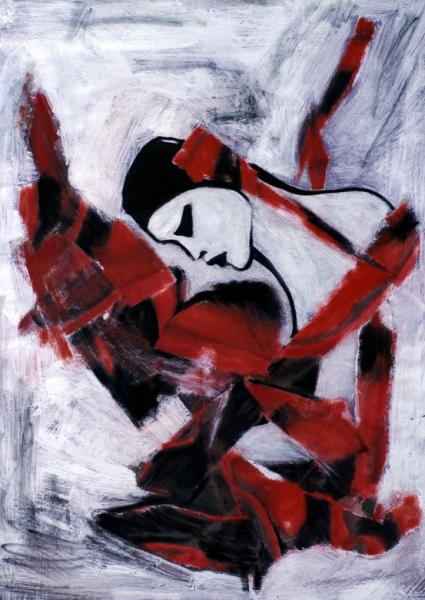 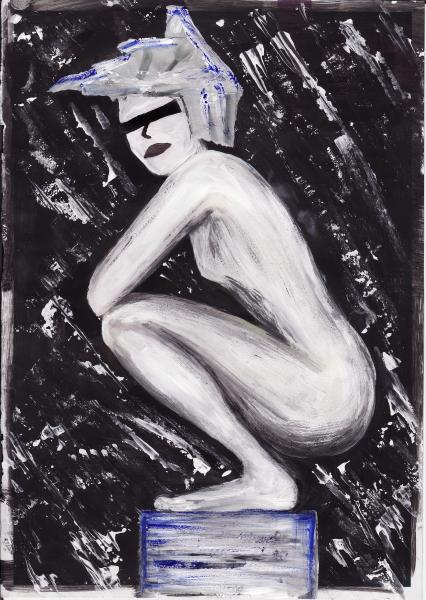 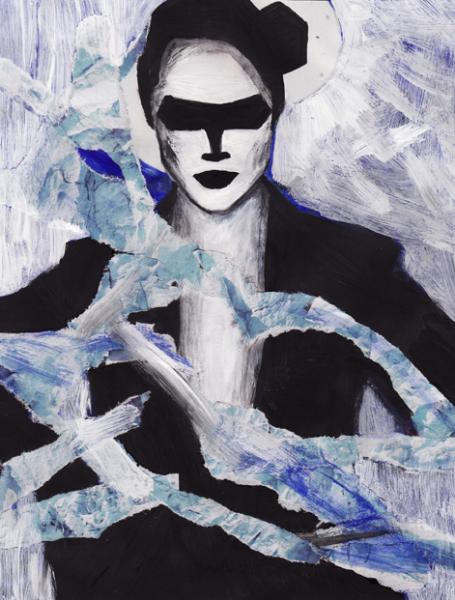 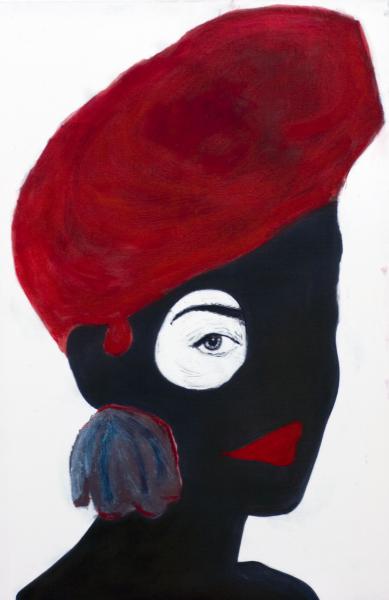 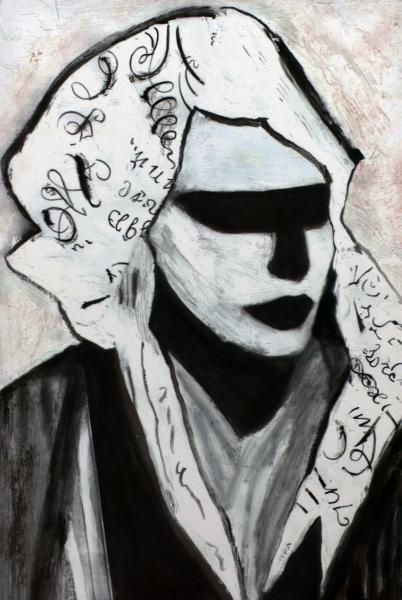 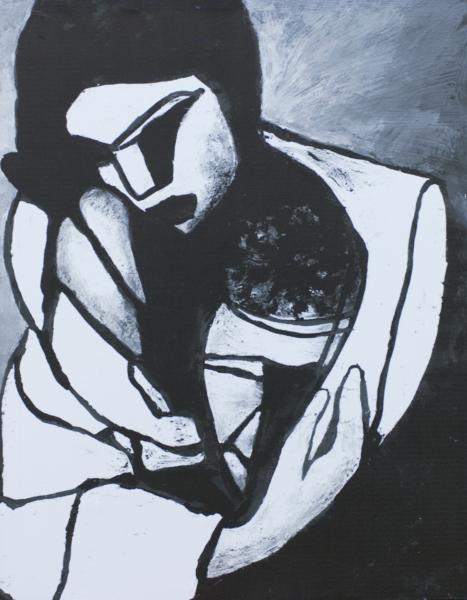